“A Serious Thought” was not written by Paine. As well as the testing, there is internal evidence that he was not the author, such as the absence of Paine’s use of natural law to argue in opposition to slavery, and the particular use of religious references. However the sentiments mirror Paine’s world view, which is why it was included in previous collections. However advanced author attribution software shows Paine is not the author: 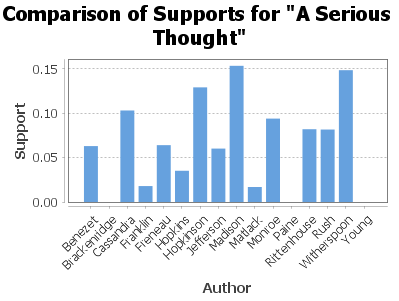 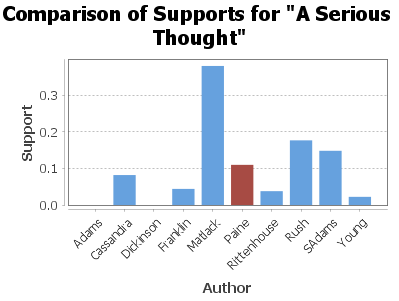 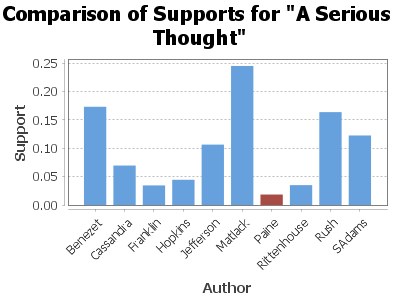 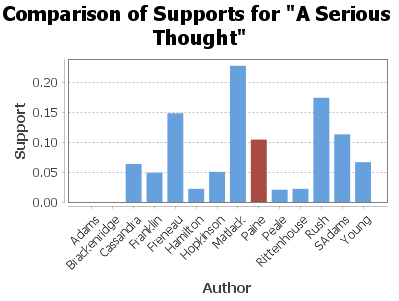 The text is provided for your convenience.

When I reflect on the horrid cruelties exercised by Britain in the East Indies—How thousands perished by artificial famine— How religion and every manly principle of honor and honesty were sacrificed to luxury and pride—When I read of the wretched natives being blown away, for no other crime than because, sickened with the miserable scene, they refused to fight—When I reflect on these and a thousand instances of similar barbarity, I firmly believe that the Almighty, in compassion to mankind, will curtail the power of Britain. And when I reflect on the use she has made of the discovery of this new world—that the little paltry dignity of early kings has been set up in preference to the great cause of the King of kings—That instead of Christian examples to the Indians, she has basely tampered with their passions, imposed on their ignorance, and made them tools of treachery and murder—And when to these and many other melancholy reflections I add this sad remark, that ever since the discovery of America she has employed herself in the most horrid of all traffics, that of human flesh, unknown to the most savage nations, has yearly (without provocation and in cold blood) ravaged the hapless shores of Africa, robbing it of its unoffending inhabitants to cultivate her stolen dominions in the West— When I reflect on these, I hesitate not for a moment to believe that the Almighty will finally separate America from Britain. Call it independence or what you will, if it is the cause of God and humanity it will go on.

And when the Almighty shall have blest us, and made us a people dependent only upon Him, then may our first gratitude be shown by an act of continental legislation, which shall put a stop to the importation of Negroes for sale, soften the hard fate of those already here, and in time procure their freedom.