Paine does not test well at all, Jefferson is the leading candidate, but he does not reach 40% on most tests with several others. We may not have the author on file: 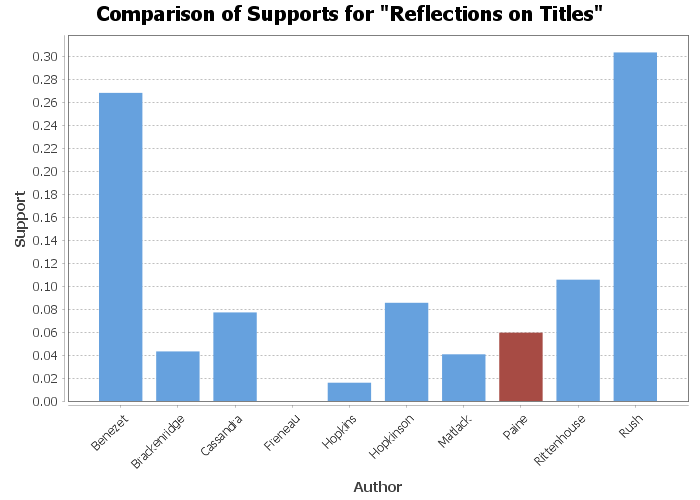 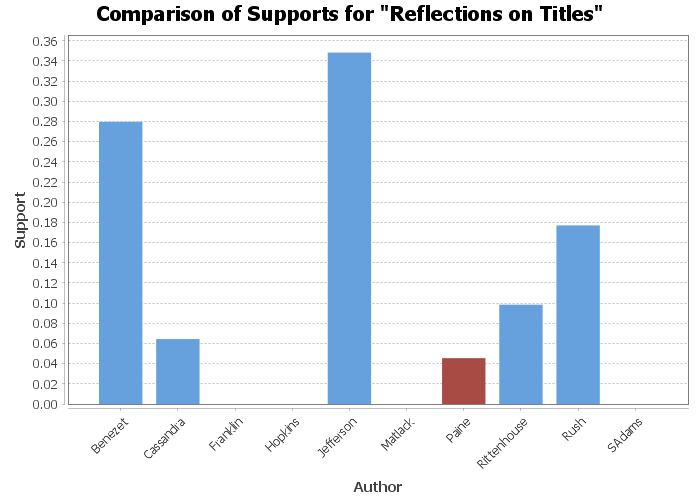 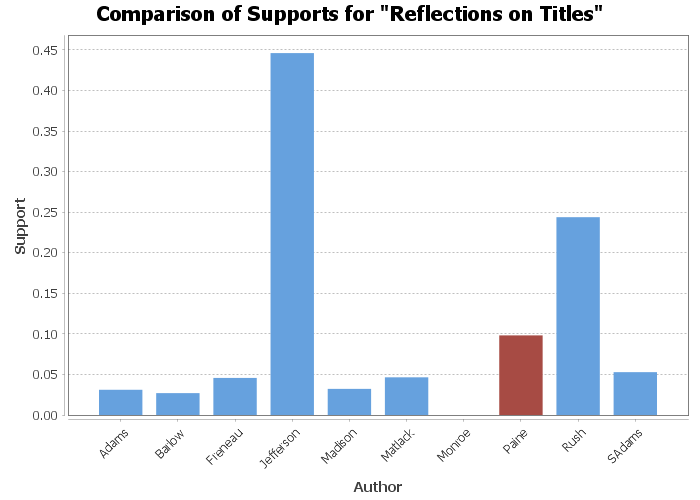 Know, honor then, is Honesty of Heart. WHITEHEAD.

WHEN I reflect on the pompous titles bestowed on unworthy men, I feel an indignity that instructs me to despise the absurdity. The Honorable plunderer of his country, or the Right Honorable murderer of mankind, create such a contrast of ideas as exhibit a monster rather than a man. Virtue is inflamed at the violation, and sober reason calls it nonsense.

Dignities and high sounding names have different effects on different beholders. The lustre of the Star and the title of My Lord, overawe the superstitious vulgar, and forbid them to inquire into the character of the possessor: Nay more, they are, as it were, bewitched to admire in the great, the vices they would honestly condemn in themselves. This sacrifice of common sense is the certain badge which distinguishes slavery from freedom; for when men yield up the privilege of thinking, the last shadow of liberty quits the horizon.

But the reasonable freeman sees through the magic of a title, and examines the man before he approves him. To him the honors of the worthless serve to write their masters’ vices in capitals, and their stars shine to no other end than to read them by. The possessors of undue honors are themselves sensible of this; for when their repeated guilt renders their persons unsafe, they disown their rank, and, like glowworms, extinguish themselves into common reptiles, to avoid discovery. Thus Jeffries sunk into a fisherman, and his master escaped in the habit of a peasant.

Modesty forbids men, separately or collectively, to assume titles. But as all honors, even that of kings, originated from the public, the public may justly be called the fountain of true honor. And it is with much pleasure I have heard the title of Honorable applied to a body of men, who nobly disregarding private ease and interest for public welfare, have justly merited the address of The Honorable Continental Congress.